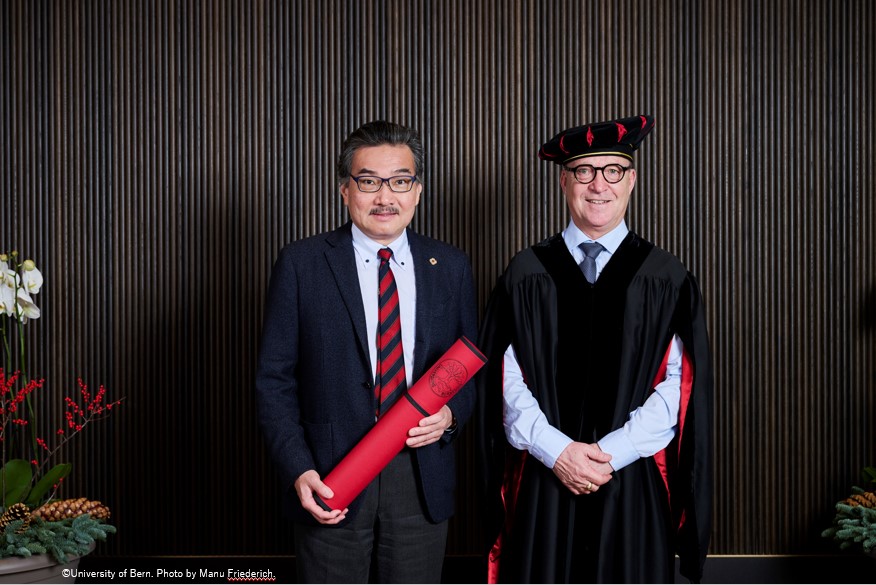 Dr. Masashi Yanagisawa, Director of the International Institute for Integrative Sleep Medicine (WPI-IIIS), the University of Tsukuba, has been awarded an honorary doctorate at University of Bern’s foundation ceremony on December 3rd.
He was awarded for the cloning of endothelin isopeptide and receptor genes in 1988, which led to the discovery of hormonal control of blood pressure, and discovery of orexins (1998), which ushered in a new era of sleep research, as well as his continuous efforts to elucidate the mechanisms underlying sleep-wake regulation, and to the dissemination of knowledge about sleeping disorders to the public.
On “the 188th Dies academicus” of the University of Bern, a total of seven honorary doctorates, including Dr. Masashi Yanagisawa, were awarded at the University of Bern’s foundation ceremony after two pandemic years. Dr. Takaaki Kajita, Nobel Prize laureate, and Angela Dorothea Merkel, former Chancellor of Germany, have also received honorary doctorates.