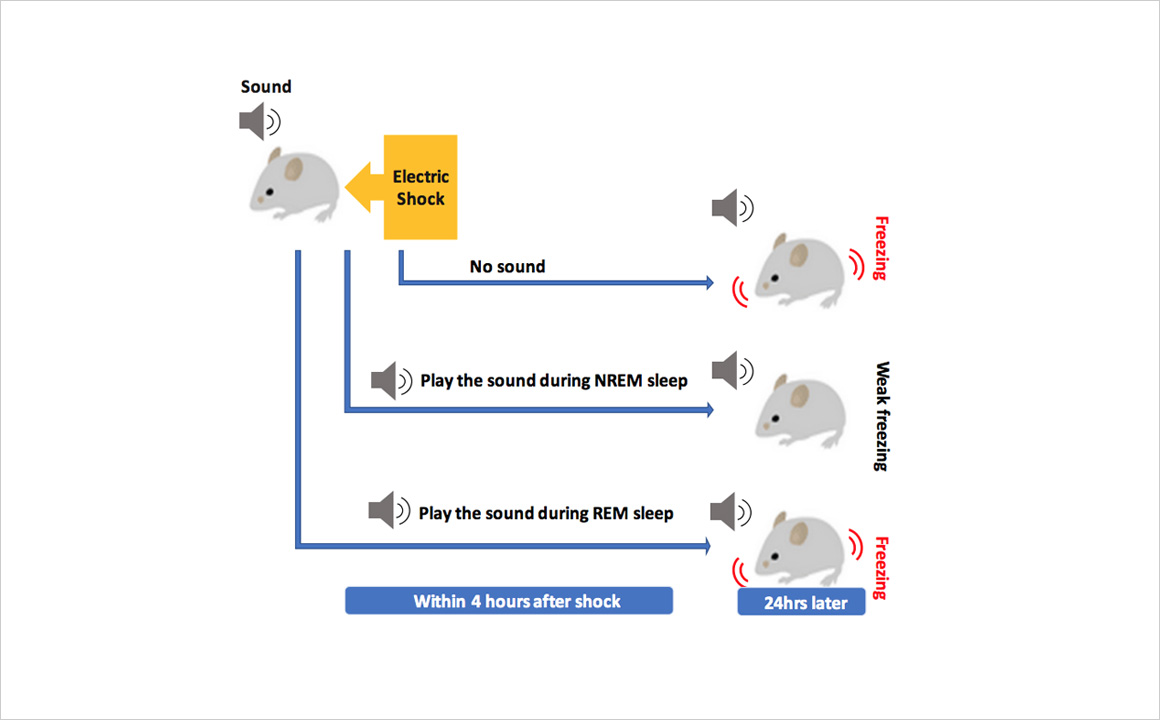 A research group led by Masanori Sakaguchi aimed to understand how memories associated with fear could be manipulated during sleep. They found that mice who previously received the sound during NREM sleep showed less freezing than either the groups with sound during REM sleep or no sound (control).